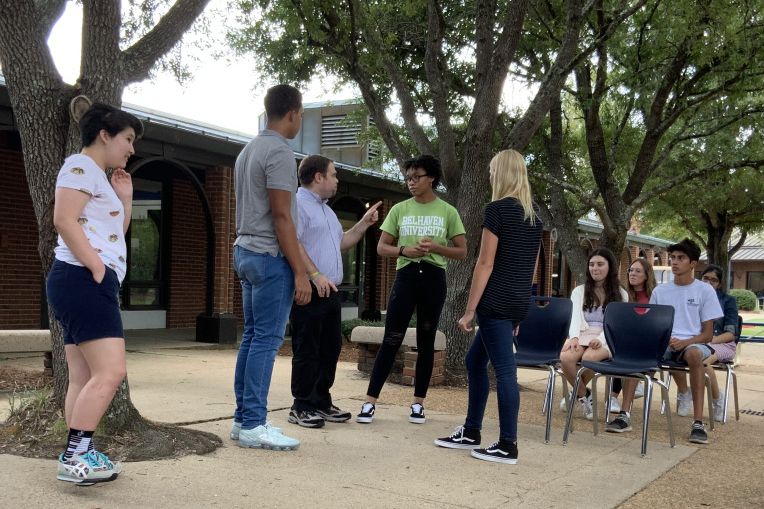 Going Downtown, Where the French Gets Tough!

Upper School French Teacher Wesley Saylor
For lesson 2 in French 4, the theme is “downtown” and everything we come across. We talk about the different activities that happen, the different places we can come across and we also make comparisons between living in the city and living outside of the city (albeit in the suburbs or in the country). The activity I have decided for this theme is a skit of a car that breaks down in the city and asking for directions. The students receive a scenario and the characters but they are responsible for coming up with what happens. They decide on who will be who and why the car breaks down. They are asked to not memorize a script but rather just keep in mind who they are and to stick to their goals in the script. For example, the police officer is required to get the car out of the area since it is causing a traffic jam, a pedestrian is supposed to walk by and want to help the visitors with their predicament and make suggestions, etc.

I must say, I thought this activity was successful. They were creative and ready to complete this activity to the best of their ability. I even surprised them by asking the other groups (on the spot) to sit in chairs behind the “car” and pretend to be impatient and angry. This created a certain ambiance of hurriedness and some anxiety. The students still managed to perform the task very well. I was very proud of them.
Back